Jim Bowie & The History Of The Sheffield Bowie Knife

In 1827 Jim Bowie gained renown for the famous Sandbar Fight when he attended a duel scheduled to be fought between 2 other men: Samuel Wells and Dr Thomas Harris Maddox on a sandbar of the River Mississippi.

At that time, duels were honour contests between 'gentlemen' who had seconds, witnesses, medics and friends in attendance. About 16 men were on the sandbar that day. The 2 rival groups had grievances against the opposing party members but the duel was scheduled to involve just the 2 gentlemen combatants (Wells and Maddox). Both men aimed their pistols at the other - and missed!
They were handed a second set of pistols, fired and missed each other again!

Pistols of that time were poor weapons often resulting in missed shots and this is the reason why Jim Bowie elected to always carry a hunting knife instead of relying on a pistol.

Having missed each other in the shoot-out, the 2 men decided that honour had been satisfied and that they would agree to shake hands. However, other members of the attending parties still had their grievances that they wanted to settle and things inevitably degenerated into a mass brawl involving most of the attending persons.

In the fight, Bowie was shot three times and stabbed six times yet he used his Bowie knife to kill or disable his attackers, one of them being disemboweled by the knife and another almost being decapitated. Bowie was not expected to survive his wounds but he did and his success led to him gaining almost instant fame as the "greatest fighter in the South West".

He had his Bowie Knife at the Battle of the Alamo in 1836 where he died aged 40.

The Jim Bowie legend led to a clamour for the type of knife that he always carried.

In the mid 1800's Sheffield was then the world's major centre for cutlery production and the city's manufacturers geared up to the production of Bowie Knives to meet the demand from America. Bowie knives actually became England's second major exported item to America at the time.

Over the years, Bowie knives have continued to be made in Sheffield but the city's industry is much smaller than it ever was. There are still a few master craftsmen in Sheffield and the local term for these is "Little Mesters". A Little Mester is traditionally a one-man business specialising in a few, or even single, lines, often working long hours to make ends meet.

Please see elsewhere on this web site for Little Mester producers whose craftsmanship we are proud to offer. 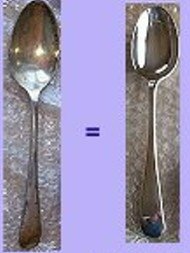 Ideal for all EPNS and some other suitable metals. Cutlery, Trophies, Candlesticks, Trays, Bowls, Tea Services, and many more... 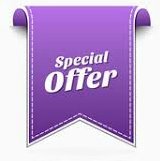